COVID-19 UPDATE: Please note that our firm is open and ready to support our clients to the best of our ability. In response to the threats of COVID-19, for your safety, we are offering our clients the ability to meet with us in person, via telephone or through video conferencing. Please call our office to discuss these options. Please visit our internal page here to find more frequently asked questions about our response. 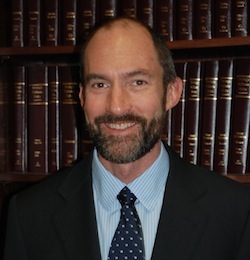 Upon graduation, Mr. Gallo served as a law clerk to the Honorable Christina Snyder, United States District Court, Central District of California. From 2002 to 2010, Mr. Gallo was an associate at Howard Rice Nemerovski Canady Falk & Rabkin (now Arnold & Porter), where he was a member of the Securities and Professional Responsibility Practice Groups. In 2010 and 2011, Mr. Gallo worked with the Regulatory Relations Department of Pacific Gas & Electric Company and continues to assist PG&E from time to time. Mr. Gallo joined Sparer Law Group in late 2011.

Mr. Gallo has more than ten years of experience representing individuals and organizations in a wide variety of practice areas, including securities, employment, employee raiding, trade secret, public utility ratemaking, and professional responsibility matters. Mr. Gallo has represented diverse financial industry clients in FINRA arbitration, including obtaining a multi-million dollar award on a compensation claim by investment advisors against their former employer. Mr. Gallo has extensive experience litigating and managing class actions, for both plaintiffs and defendants. While at Howard Rice, Mr. Gallo represented clients including Charles Schwab, Longs Drugs, the University of California, the Pacific Maritime Association and the Oakland Raiders.